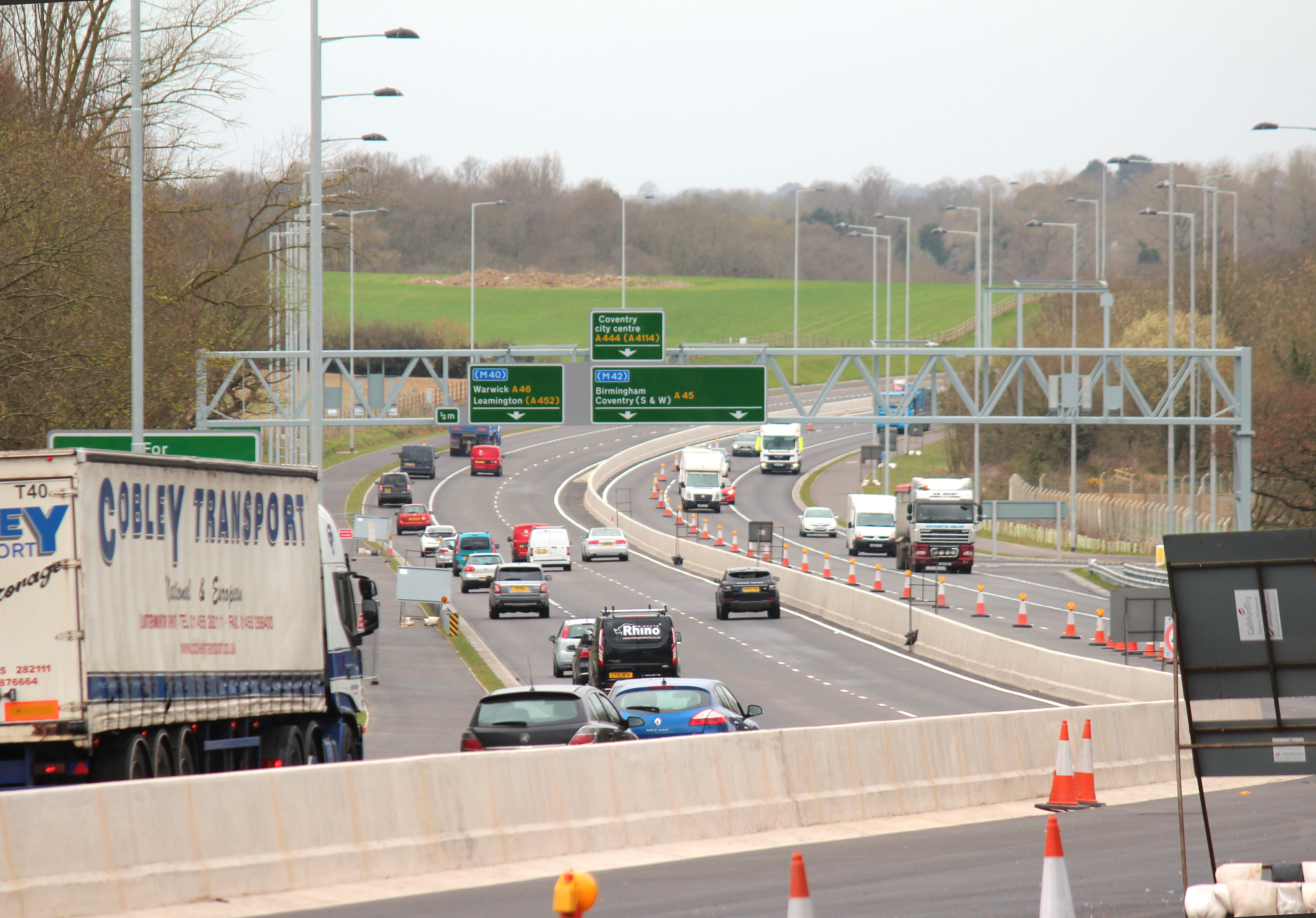 The A45/A46 road improvement project at Tollbar island Coventry started in January 2014  and was due to finish in autumn 2016.

An updated blog post completion can be found here.

This project involved improving a 2 mile stretch where the A45 and A46 used to use a dual carriageway between Styvechale and the end of the London road. For the Tollbar Island A45/A46 Improvement Project , this section of the Stonebridge Highway is now expanded to 3 lanes each way. The £106 million project was required because this section of road carries 85,000 vehicles a day. The project had many issues with stakeholders and in October 2014 local businesses at the airport business park in Middlemarch business park on Siskin Drive complained that it was taking staff an extra 30 minutes to an hour to get through the junctions at rush hour periods. Much to the surprise of local people and users of the junction, the project won an award in July 2015 for minimising disruption, causing a lot of complaints about the project and the time it was taking to complete.

Problems continued as the concrete supporting the bridges was found to be below standard in September 2015. In April 2016 work on the West bridge was stated to be completed, and re-reinforcement of the East bridge was continuing. The required life of the bridge supports has to be 120 years.

Traffic light failures and M6 closure in February 2016 again brought the project into the news for all the wrong reasons. It is now claimed that the project will be substantially complete by December 2016 ( the underpass open), with finishing works continuing until 2017.

Whatever the project, expect delays and expect the unexpected. Although stakeholders need to be kept informed, that will not necessarily make them happy with the news that they are receiving.